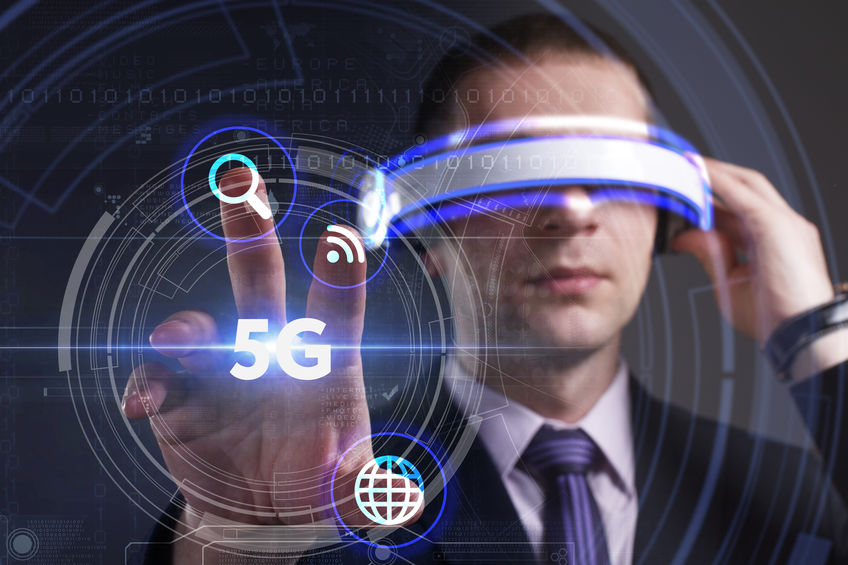 Today, most people are able to do their own work within seconds with the help of new technology. For instance, you can order for something from anywhere just by using your smartphone. Internet speed is the center of all these, technology has been improved from 1G to now 5G to fasten things. There is still the anticipation of arrival for 5G networks; it is expected to be launched. Many are looking up to that day because it is promising to be coming with great goodies from high speeds that will take technology as we know it to the next level to high reliability in such a way that it will connect all devices that you may have, making it easy for you to control them using applications in your phone at ease.

This is the fifth generation of the latest cellular technology that has been developed or improvised to increase the speed of wireless networks. It is ten times faster than 4G and can handle thousands of traffic. Otherwise, 5G is the foundation of Virtual reality and the Internet of Things. The network is to be launched globally by 2020 and Telcom giants are currently conducting research.

This fifth generation technology has a lot of packages that are very beneficial to all groups of people such as administrative bodies, teachers, doctors, students, engineers, and all professionals. It’s not only beneficial to the business people but even to the commoners as well.

Many will use it to satisfy their technological needs and it will not fail at all. But it is coming with its vulnerabilities, not unless they are handled and a solution is found before it is launched.
We are going to look at these disadvantages that 5G is having right now.

The network has been designed to increase internet speed a thousand times. This sounds incredible but it could pose some serious challenges to the users. In this section, we are going to focus on some challenges or weaknesses of that this network is most likely to pose to the users such as security and privacy issues, high cost and incompatibility.

It comes with the Cybercrime challenge

Cybercrime, as well as other internet fraud, are likely to increase with the increase in internet speed. This new technology improvement is most likely to cause traffic to machines or devices using the network which can lead to serious system challenges such as radio access network which normally cause congestion and overload. The new technology is limited in a number of ways as compared to others due to its nature of the operation.

Compatibility with the old technology

The technology for this network is still under research for its viability. The required speed for this network (10,000 Mbps) is very hard to achieve due to the fact that most of the hardware across the world can’t support this. Most of the old devices if not all are not compatible with this network this means that for one to enjoy the new technology, he/she must buy a new device that is compatible and this will inconvenience the user in a number of ways.

Willingness to support it is low

This implies that users will have to get new devices that support the technology. Most people are not willing to part ways with their loved gadgets in the name of faster internet that is still under research. The devices that support this technology are somehow costly and might not be very pocket-friendly to everyone who is interested in accessing the network.

Legal challenges in some countries

Another challenge of adopting this new technology is that there are some parts of the world that do not allow huge speed increase because of radio signal problems, security and privacy issues, high cost of investment and development infrastructure. Indoor coverage distance is 2 meters and 300meters for outdoor which can be achieved due to high loses at high frequencies. 5G network suffers the same fate of losing such frequencies. Radios, cell towers, and satellites normally communicate via these frequencies.

Congestion of radio frequency it will be using

Earlier reports about 5G network have indicated that most likely it is going to transmit its data in the range of about 6Ghz. The bad thing about this report is that this kind of radio frequency is already congested or crowded by other signals. It’s very unfortunate, many users have and will notice that their coverage may drop more often than on their previous networks like 3 or 4G.

This is one of the major issues with the 5G network. Scientists have questioned the security of 5G as it is easily intercepted by hackers and criminals who may use it in a bad way. It will endanger communication due to the fear that communication between people can be tapped and that can compromise private and confidential information. Network hacking can also make it easy for malicious people to access data and information from an organization, which can be a big risk. Scientist argues that there is a lack of precision and security goals are underspecified.

In the beginning users should expect limited coverage; it might not be as widespread as the previous networks. There will be a need for more cell towers to produce this type of bandwidth. The technology is still under research and more new things might emerge along the way that will make it more reliable and improve its efficiency.

Five SEO Trends to Watch Out for This Year