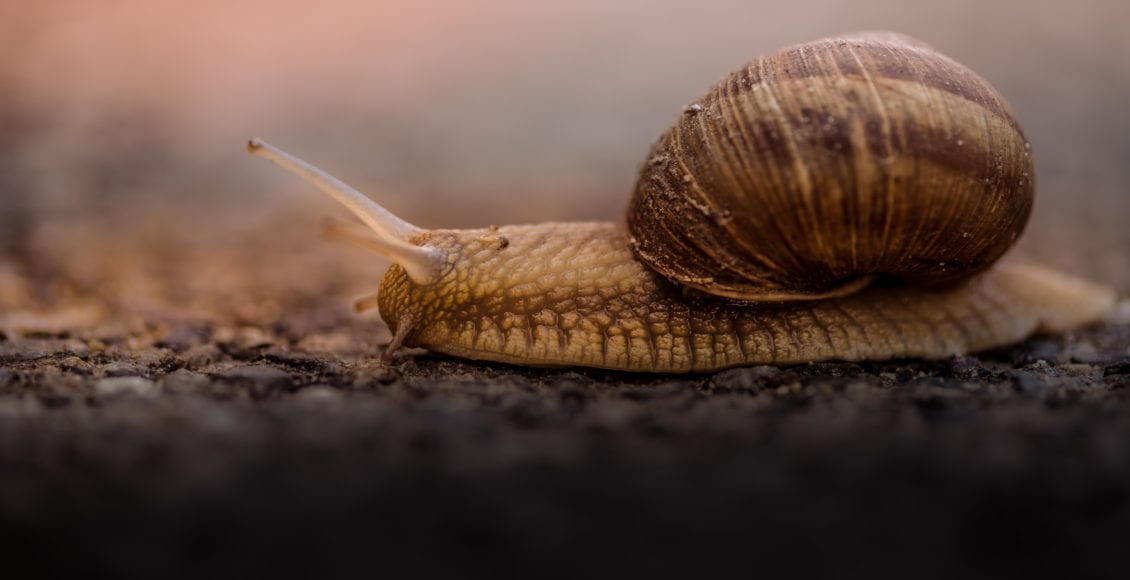 Surfing the net used to be an extremely time-consuming activity, and not because it was so easy to be distracted by social media as it is today. Back in the early days, it was normal for a page to take several seconds to load – more so if it was particularly graphics-heavy. Nowadays, of course, broadband connections are the norm and surfers are accustomed to high speeds and near-instant loading of pages.

Welcome as this is, it’s generated an unfortunate side effect: many web designers have become complacent and bloat their pages with all sorts of extras, assuming that speed is no longer an issue. That’s a mistake.

The simple fact is that the longer it takes a page to load, the more visitors will leave before its finished rendering. Roughly 90% of people will be gone before ten seconds are up, but this is irrelevant — no page should ever take that long. You should aim for no more than two seconds for a page to complete loading if you want to keep visitors interested, and even that is a top limit rather than an acceptable aim.

The Effects on Revenue

Even with fast connections, every single minor speed improvement is critical. Research by Amazon – who know a thing or two about ecommerce – shows that each additional 0.1 second’s loading time results in a 1% decline in sales. A single percentage point here and there may not seem hugely significant, but if a series of small delays adds up to a full second, shaving off your revenue, you’re going to notice very quickly.

And it’s not just human visitors for whom speed matters. Google are repeatedly on record as stating that speed is an important factor in their rankings. If you have a slow page, the likelihood is that you’ll slip down the Google results over time. The flip side is that all being equal, reducing your loading times will push you up the rankings, at least a little.

How to Improve Your Site’s Speed

So if you’re now convinced you need a fast site, what can you do to achieve it? Here are seven quickly actionable ways, none of which should present any problem to a competent web development agency or in-house team.

Choose your host wisely. You don’t necessarily need to pay through the nose, but if you host on a highly shared server that creaks under pressure then you’re on a hiding to nothing. This is especially important on any website built around a database or heavy scripting. Seek out a quality shared plan, or a dedicated server if your traffic justifies it. This will be a little more costly than a bargain-basement deal, but hosting is relatively inexpensive these days, and it isn’t a good area to aggressively economize on.

It used to be standard practice to reduce image sizes as much as possible through compression and sensible cropping. It’s easy to be complacent about this nowadays, but today’s hires digital cameras can create huge files which need to. Incidental graphics should be optimized aggressively – no one’s going to notice a slight degradation in quality – while more leeway should be allowed for critical images such as product photographs and so on.

Just because you can add a feature to your website doesn’t mean you should. Carry out an audit of all your site’s plugins, social media buttons, glitzy transition effects, and so on – these can multiply impressively over time. If something isn’t mission critical, ask if it’s worth even the marginal delay it adds to proceedings, and on the side of removal rather than inertia.

This is one for the hosting techies: enable gzip compression on your web server. This will reduce the amount of data sent back and forth, so speeding things up over lower connections. All modern server software supports this option, and there’s really no good reason not to use it.

Today’s web design packages make it relatively simple to produce professional-looking websites, but they don’t always generate optimal code behind the scenes. It’s worth looking whether the HTML, CSS, and JavaScript behind your pages can be reduced in size by removing unnecessary characters or unused elements. Software is available to ‘minify’ page code, and on heavily trafficked sites, the savings can soon add up in terms of server responsiveness, as well as making individual pages smaller and quicker to download.

Wherever possible, host images and so on on your own server rather than ‘hotlinking’ to external resources. Each off-site file you link to will require a separate DNS request and a new routing lookup, which adds to pageload times. A possible exception to this rule of thumb is when using JavaScript libraries and other resources hosted by major operators such as Google, who have the infrastructure and worldwide presence to serve the files quickly. In general, however, keep everything local and under your own control.

Try and keep the code behind your site in as few files as possible, to minimize the number of HTTP requests needed to render a page. Each individual request requires a data overhead and negotiation process which can quickly slow things down. It’s good practice to merge CSS files or JavaScript libraries into single files where this makes sense, as well as working to streamline a design by reducing the number of distinct image files it requires.

When it comes to optimizing sites for speed, mega-corps such as Google often obsess over saving every byte of data transfer on every page delivered. Of course, the average site owner doesn’t need to go this far, but it still makes sense to reduce delays and improve performance wherever possible. After all, if a slow site is reducing your revenue, it’s an issue you can’t afford to ignore.

How Difficult Is It to Start a Blog?

The Role of Voice Search in Modern SEO Strategies 

The Role of AI in Modern SEO Strategies

What is a Backlink and How Can It Help Your Rankings on Google?