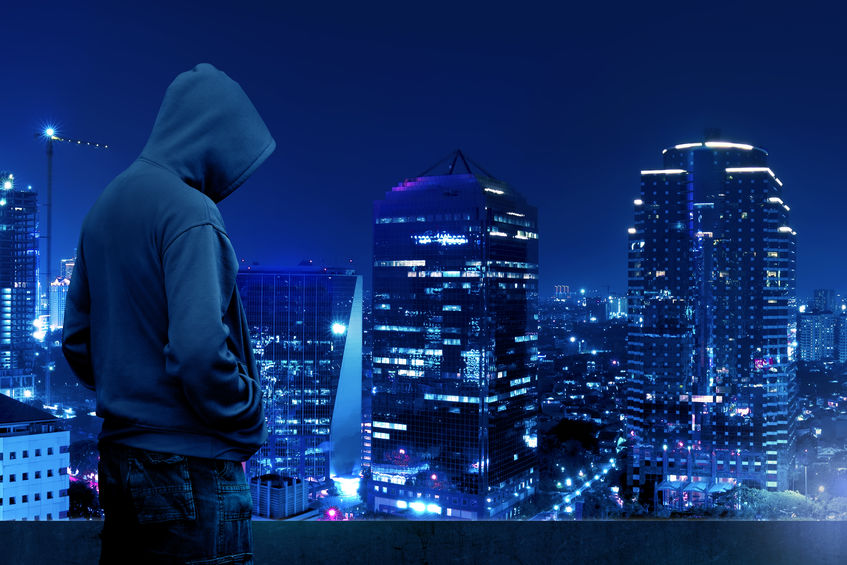 As a regular user of the internet, you may believe the internet to be a completely safe place, it is the main source of entertainment, news, information, and connecting socially with others for many people. But when you read the news, you’d often see stories of an “evil” side of the web, a place where illegal transactions occur and many more terrible stories.

This side of the internet is known as the Deep Web.

What is the Deep Web?

The Deep Web makes up roughly 90% percent of the total content on the internet, and it isn’t as readily accessible as the surface Internet. The common sites people use every day, such as Google and Amazon, make up the remaining small percentage of the web.

Accessing the Deep Web requires an anonymous browser called Tor. Tor is available for download from a variety of sources, and it’s usually for free.

Tor is also known as the Onion Router, and it’s the most popular web browser that can completely anonymize user information, including geographic locations and IP addresses.

The Deep Web is so dangerous, such that those who are curious about exploring the Deep Web are highly advised to understand all of the risks and implications involved.

The idea of a forbidden and hidden Internet is intriguing to many, but there are many places on the Deep Web that aren’t safe to browse.

Many people engage in activities on this side of the internet to stay hidden from the mainstream internet, but there can be many other reasons for this.

Just when you think the deep web is the scariest part of the web, there is more to find out; the dark web also exists.

What is the Dark Web?

The Dark Web is reportedly even more notorious for content and activities best left unseen; this section of the Deep Web is smaller and even more of a challenge to access, for good reasons.

Content on the Dark Web is not indexed or revealed by any standard search engines or web browsers. The Dark Web has a wealth of scholarly research and useful information, but there are still plenty of corners of it that are dangerous.

Several websites on the Dark Web are devoted to drug sales, human trafficking, child pornography, malware, weapon sales, and reportedly even forums dedicated to cannibalism or bestiality. Reports of these sites are sometimes questionable in their legitimacy, but proof of these illegal activities on the Dark Web has still surfaced in a large number of cases.

The differences between the Deep Web and the Dark Web are sometimes difficult to determine, although the main one is most people’s purpose for using or exploring either one. Some use the Dark Web simply because they don’t want their online activities monitored or recorded by government agencies or similar.

To further complicate the situation of using the Dark Web, some pages can look benign but are fly traps for extracting information from unsuspecting visitors. There are some confirmed cases of newcomers making these mistakes while they’ve been exploring the Dark Web, and they’ve ended up being relentlessly trolled or even hacked.

A variety of Tor browsing codes and hacks are easily accessible and can be used to access the Deep Web. Once in, it’s vital to be cautious while communicating with others.

Many people have evil motives; they are also skilled at winning the trust of others. It’s essential to first understand the need for good internet ethics and the difference between legitimate and sketchy online behavior.

For safety purposes, kids shouldn’t be exploring the Deep Web as grownups even struggle with using it.

Since illegal activity takes place on this part of the internet, it’s vital never to give out any possibly identifying information.

Most people who make these kinds of purchases on the Deep Web use the untraceable and anonymous Bitcoin currency, but even this practice is not entirely safe.

One famous example of a virtual marketplace on the Deep Web is Silk Road, a site selling all kinds of illegal substances until it was shut down in 2013.

Despite its shadowy reputation and scores of supposedly true horror stories surrounding it, the Deep Web does have it’s benign and useful purposes.

Deep Web repositories are needed to store all of the transnational information, so many people use for online purchases, including credit card numbers and home addresses. The Deep Web also safeguards bank account information and anything on social networks that have been set to “private.”

In certain parts of the world, sites on the Deep Web are popular for exchanging news and information that otherwise would have been suppressed by totalitarian governments. Some of these sites have been instrumental in exposing articles committed in some parts of the Middle East, Africa, and elsewhere.

In this context, the Deep Web serves a positive purpose by providing a means of organization and expression for people living under the side of these oppressive regimes. Since all Deep Web connections are anonymous, they allow access to global news that’s unfiltered by government censorship.

Using Tor to search through the Deep Web provides ready access to websites that have never been indexed by standard surface web crawlers, such as those used by Google, Bing, or Yahoo.

Although rumors circulate frequently about the Deep Web, few people can claim they’ve explored it extensively, and it’s unlikely that anyone has fully trawled its depths. The number of pages on this hidden part of the internet is constantly changing, and no one knows for sure how many are accessible at any given time.

Myths and Facts of the Dark Web

A large amount of media speculation surrounds the Dark Web, mainly concerning how big it is, and exactly how dangerous it can be.

Some reports have indeed blown the amounts of available dangerous content out of proportion. Regardless of the conflicting information, ‘it’s still important to recognize the security risks that are frequently dynamic and concealed.

Although ‘there’s no questioning the existence of the Dark Web, ‘it’s much more diverse than the illegal activities that have brought it so much media attention.

The Dark Web has potential as a tool for positive action, and the myths shouldn’t detract from that potential.

People who do illegal activities are caught by law enforcement more often than the rumors would have people believe.

In zon, one of the largest child abuse websites was hacked and exposed by Anonymous, with the ‘site’s operators arrested.

While network encryption and the resulting anonymity make these criminal admins hard to track down, the same kinds of technologies are being adapted to bring them to justice.

News outlets sometimes mistakenly report the Dark Web as 90 percent of the Internet, while they mean the Deep Web.

In contrast to some reports, the Dark Web ‘isn’t nearly as vast or as secret as some would believe. This characterization only has some partial truth, though depraved and illegal sites have been uncovered.

It turns out that traditional law enforcement tactics such as undercover work have been effective at breaking tip criminal rings operating on the Dark Web.

In reality, anyone can access a site on the Dark Web, although it is quite challenging to determine where each site is hosted or who does the hosting.

Despite the reputation as an online criminal underworld, many people view the Dark Web as a version of the World Wide Web as it was originally designed: an online space where users can exchange information and ideas freely, without being monitored or censored.

Some believe that this part of the hidden web will continue to grow in importance as the surface web due to increasing censorship.

Even though browsers such as Tor are often used for the facilitation of criminal activity, the technology itself ‘isn’t good or bad; it all depends on the user’s purpose for it.

The Dark Web does encrypt web traffic and hides IP addresses, though government agencies such as the FBI are developing improvements for de-anonymizing the criminal groups that run illegal sites.

Recent research has shown that the actual Dark Web accounts for about 0.01 percent of the entire Internet, and less than 10,000 hidden Tor services have been accounted for.

The technology behind this browser was originally a product of the U.S. government, developed as a tool for helping build democracy in repressive overseas locales.

While most people who hear the most widespread rumors about the Dark Web, criminal activity makes up only a small portion of it. Stories of illegal and unsavory anonymous websites on this part of the Deep Web simply get the most attention in the news media.

4 Web Development Trends That Your Business Needs to Follow